The following sites in the Auckland region are Beidou capable. 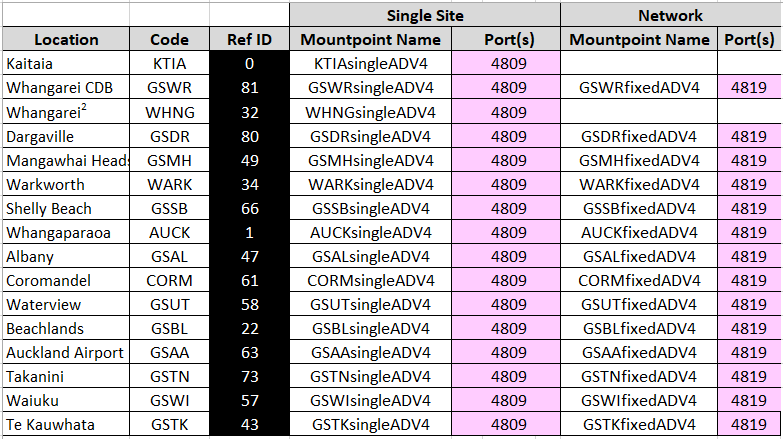 The Beidou Network Coverage area is different to the GPS/Glonass coverage area.

KTIA is too remote to be included in the Network option.

GSHT and HAMT are included in Auckland Network as there are not enough Waikato sites to create a Network.

The Network coverage area is shown in Google earth below. Lighter shading is 3km buffer zone.